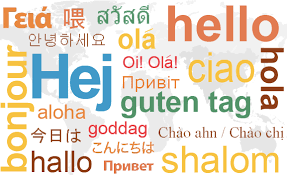 DEAR ABBY: We live in a small town where everyone knows everyone. People here have dropped like flies from COVID-19. My brother recently died from the virus, which is now coursing through his family, including the grandchildren. He was a big presence in our town and held public office.

While everyone else has been delaying memorials until a safer time, his wife (my sister-in-law) is insisting on a church service. We have tried to encourage her to wait, but she says she needs to get this behind her. Because my brother was so popular, we expect the whole town to show up. My siblings are all going, but I am refusing to attend. There will be live-streaming for those who can't be there in person, which I plan to take advantage of.

How do you get through to people to take this virus seriously, especially since now there are new variants that are even more easily transmitted? -- RESPONSIBLE SISTER IN THE SOUTH

DEAR RESPONSIBLE SISTER: Please accept my condolences for the loss of your brother. I am sure his absence will be felt by many members of your community. With COVID-19 continuing to spread, one would think people would accept the necessity to be cautious, even when paying last respects to such an important person as your brother. It's possible that in her grief your sister-in-law doesn't fully grasp the fact that what she's planning could endanger people she cares about.

Talk to the pastor who will officiate at the funeral and relate your concern for public safety. Then ask if there is a way for mourners who show up in person to socially distance during the service. It's worth a try, and might prevent more tragedy.

DEAR ABBY: My husband and I have been happily married for 10 years. This is a second marriage for both of us. We don't have children together, but my husband has grown daughters in their 50s from a previous marriage. Generally, we have good relationships with each other.

My problem is, my husband still calls -- and refers to -- his daughters by their childhood nicknames, "Peanut" and "Poopsie." They reciprocate by calling him by silly names instead of "Dad" or "Father." Seeing these adult women reverting to childhood drives me up a wall. They talk and act like little girls and use baby talk with each other, too.

I have shared with my husband more than once that this "innocent" nickname game keeps his daughters stuck in old childhood patterns, while keeping other family members out of the conversation. How would you suggest I handle this? -- FEELING LIKE AN OUTSIDER

DEAR "OUTSIDER": Because you have shared with your husband "more than once" that you feel sidelined when his daughters do this, and nothing has changed, try this: Arrange to visit with friends or schedule an activity you enjoy while your husband's "girls" visit their daddy. If you do, it may be less frustrating than trying to change them.

I Just Called to Say I Love You 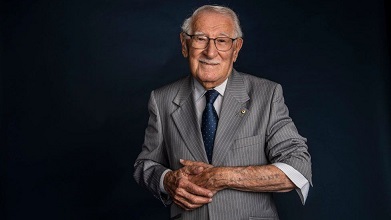 PublishEddie Jaku, a Holocaust survivor who described himself as the "happiest man on earth" has died aged 101During World War Two, he was imprisoned in four concentration camps, led a daring escape on a train, broke free from a death march and survived in a forest.

Eddie Jaku, a Holocaust survivor who described himself as the "happiest man on earth" has died aged 101.

During World War Two, he was imprisoned in four concentration camps, led a daring escape on a train, broke free from a death march and survived in a forest.

Jaku dedicated the rest of his his life advocating for peace and kindness.

"I do not hate anyone. Hate is a disease which may destroy your enemy, but will also destroy you," he said.

Entitled The Happiest Man on Earth, it chronicles his extraordinary story of survival, weaving in his messages of tolerance and forgiveness. It also made him one of the world's oldest published authors.

"I have lived for a century, and I know what it is to stare evil in the face," he wrote.

"I have seen the very worst in mankind, the horrors of the death camps, the Nazi efforts to exterminate my life, and the lives of all people. But I now consider myself the happiest man on earth."

Jaku died at a care home in Sydney; he had lived in Australia since in 1950. He is survived by his wife of 75 years, Flore, their sons Michael and Andre, four grandchildren and five great-grandchildren.

Australia's Prime Minister Scott Morrison described Jaku as "an inspiration and a joy" who "chose to make his life a testimony of how hope and love can triumph over despair and hate."

It took five hours for me to read the text you sent me. But it was worth every minute of my time.
Alas, if only Koreans followed his advice in 1922…

There are lots of places I don’t understand but when I visit Korea, I’ll ask you about the specifics.

I read all of his novellas online, and I thought he was so different from anyone else from his era.
His passion and love for the people of Korea moved me profoundly.

Thanks a lot!
Heeya